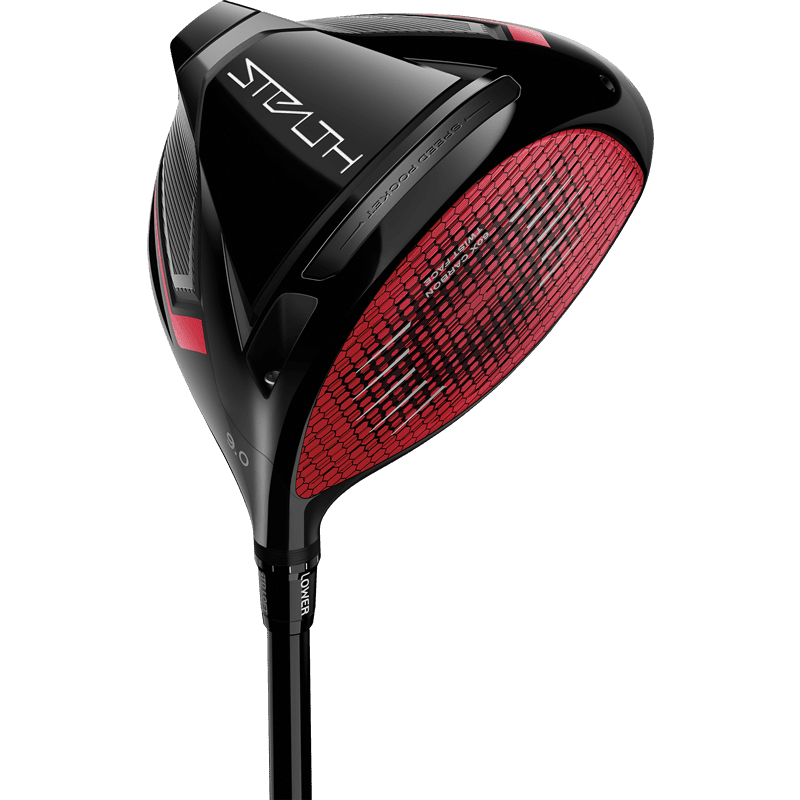 Get your Brand New Hot off the Press custom fit Taylormade Stealth driver here at the Golf Studio. We have all the gear here to make sure you get the right driver in your hands.

If you want to buy a new driver, the Taylormade Golf Stealth Driver may be a great option for you. Its 60-layer carbon face, Full-face scoreline, and adjustable loft angles make it an excellent choice for players of all skill levels. But if you don’t know much about drivers, there are many other options you can check out to see which one will best suit your swing.

The 60-layer carbon face on Taylormade Golf’s Stealth Driver is a great way to increase speed. The material is also 40% lighter than titanium and weighs 26 grams. TaylorMade engineers first developed a prototype carbon-fiber face in 2003. They decided to use carbon fiber instead of titanium because it is stronger and lighter. The technology involved in the manufacturing of carbon-fiber faces is known as “Twist Face”, and it incorporates a nanotexture coating.

This new driver has a 60-layer carbon face that can withstand impact forces. It is 20 percent larger than SIM drivers, which makes it easier to hit a golf ball with a higher ball-striking ability. It also features a polyurethane coating with score lines that help control spin in the wet state. In addition to the new face, TaylorMade repositioned carbon fiber in the head to improve performance and minimize weight.

A larger face will increase speed but also cause an aerodynamic penalty, although golfers at this level aren’t particularly bad at aerodynamics. Despite the higher aerodynamics, the TaylorMade Stealth Driver’s 60-layer carbon face helps it generate more distance in the air than SIM2 does. The TaylorMade Stealth Driver is a great choice for golfers looking for a more powerful driver that will help them hit the ball farther. 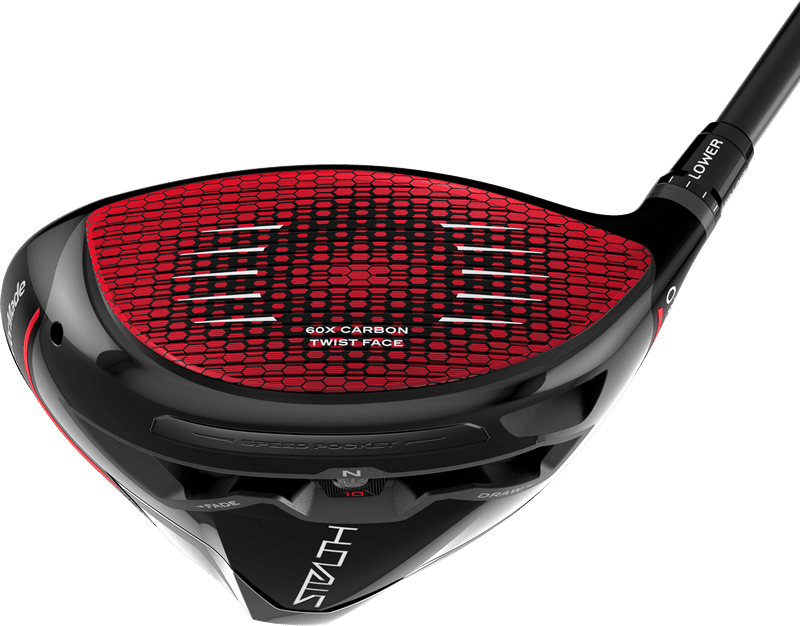 The new full-face scoreline on the Taylormade Golf Stealth Driver is made of 60 individual layers of carbon fiber. These layers strengthen the material and optimize its performance. The carbon fibre face features a Twist Face, which helps it deliver more ball speed and distance. The face is also textured to improve the feel of the club. If you’re thinking about investing in a new driver, try the Stealth.

The full-face scoreline on the Taylormade Golf Stealth Driver is the largest in its class. The new driver also has a larger face than its predecessor, the SIM2. This is a benefit for many players, but a bigger face can have aerodynamic disadvantages. Still, most golfers at this level aren’t bad at aero. Compared to the SIM2, the Stealth’s aerodynamics are better.

The new full-face scoreline is a great feature for people who play in wet conditions. With a lower face spin, you’ll have more control over the shape of your shot. The new Stealth Plus driver features 60 layers of carbon fiber. This carbon fiber helps deliver maximum energy over a large area, giving you maximum distance and forgiveness. It’s not just the shape of your shot – it’s also easier to launch and control the club’s trajectory.

The TaylorMade Stealth driver is a long-term favourite of many golfers. Its carbon-fiber face makes the driver more durable and offers a significant increase in ball speed. The new driver is also much lighter than its predecessor, which is a huge advantage. If you’re looking for a new driver, the Stealth Carbonwood is a great option. 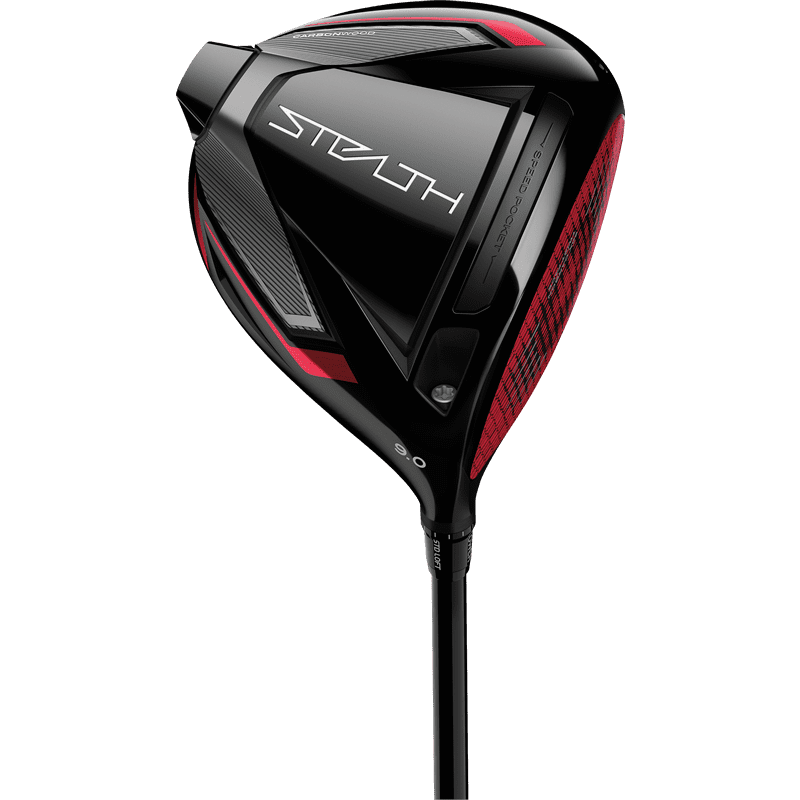 The adjustable loft angles on the Taylormade Golf Stealth Driver make it possible to tune the club for different shot types, including fade and draw. The weight on the sole can be shifted from the extreme toe to heel for large changes in ball flight. Smaller changes will only affect ball flight if you’re not an inconsistent striker. The driver also features an internal TaylorMade Loft Sleeve that allows you to alter the loft of your club.

The face of the Stealth is made of 60 sheets of carbon fiber, which are 40 percent lighter than titanium. The weight of the face is less than a quarter of a gram, so impact forces are reduced and the overall weight is lighter than a SIM driver. The face is also covered with a nanotexture, which reduces sound. During the design process, TaylorMade engineers studied the properties of the face to determine which features would improve the ball’s launch and flight.

Another new feature is the adjustable loft angle. The TaylorMade Stealth is 20 percent larger than a SIM driver. This feature is beneficial to the golfer because a higher COR means more ball speed. With the adjustable loft angle, the golfer can make the most out of their golf game. In addition, the driver features an improved launch angle. It is easy to make your swing more accurate and consistent. 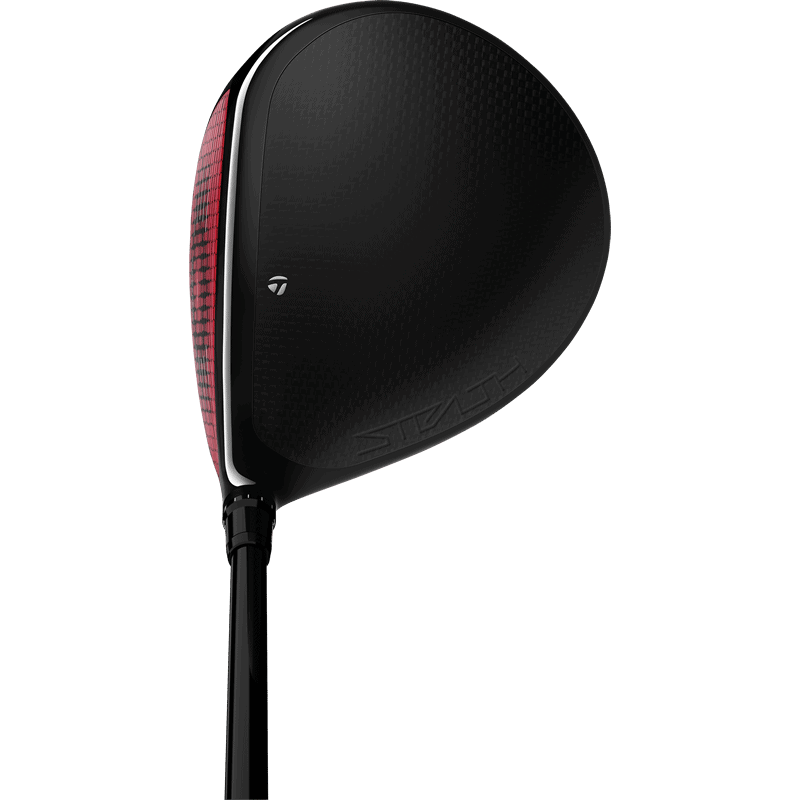 The Stealth Driver features a lighter face and an inertia generator for enhanced aerodynamics. The added weight at the rear of the clubhead encourages higher MOI, high launch, and forgiveness. The new driver is the lightest in the line and is designed to be lower spinning than the previous models. In fact, the Stealth Plus driver is the lowest-spinning driver in the Taylormade Golf line.

The weight distribution of the Stealth driver is a great advantage, with the face being four millimetres thinner than the previous driver. That means less force is generated by the front end, which is positioned higher on the club. The new driver also has a carbon face made of 60 layers of thinner material to increase ball speed. The new face is made of carbon composite and has the same durability as titanium, yet is 40 percent lighter.

The face of the TaylorMade Golf Stealth Driver is made of a material that is 40 percent lighter than titanium, weighing just 26 grams. The engineers at TaylorMade developed a prototype titanium-covered carbon face back in 2003. In the same year, they developed a polymer cover for carbon fiber that would become the Stealth nanotexture face. In the meantime, TaylorMade engineers built a small-scale manufacturing facility for a composite face based on a titanium composite material that had been used on the Gloire Reserve driver. 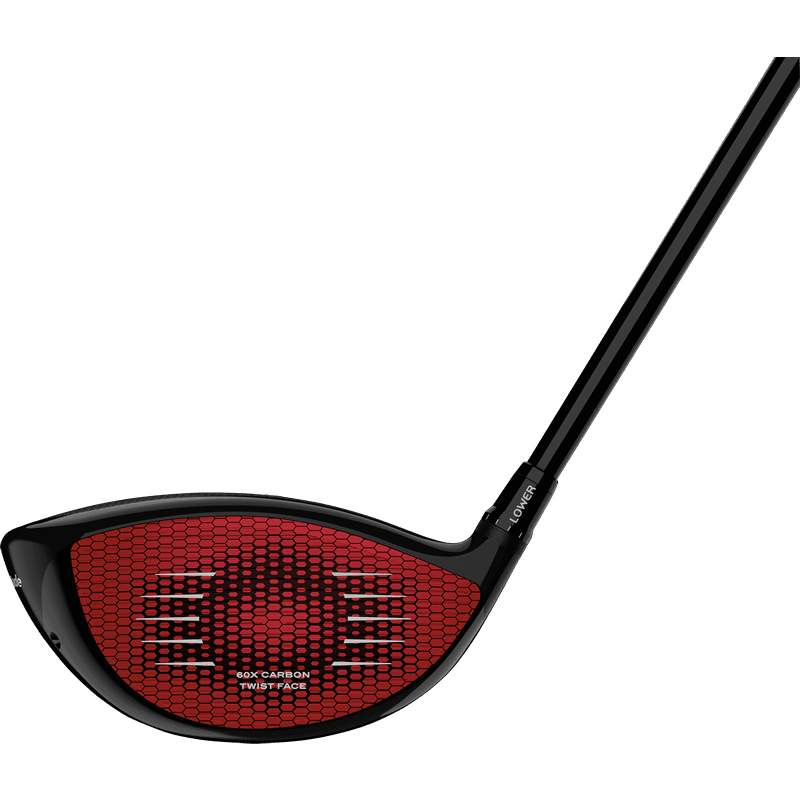 In terms of forgiveness, the Stealth driver offers a significant improvement over the previous model. Unlike the Sim2, which moved weight to the rear of the club, the Stealth has been designed to save weight at the front of the club. The driver features a 60X Carbon Twist Face and a Sliding Weight Track, which saves weight at impact but maintains high MOI for forgiveness.

In addition to offering more forgiveness, the TaylorMade Golf Sim MAX Driver also features perimeter weighting and a forged face to reduce face twisting. These features together contribute to a larger sweet spot and better shots. The club’s higher MOI means the ball can remain in the air longer, which can result in greater distance. In short, the Stealth driver offers maximum forgiveness in a low-cost package.

For mid to high handicap golfers, the Stealth driver is the answer to their prayers. It incorporates several technological breakthroughs, including a 60x Carbon Twist Face that increases the ball’s speed over a larger area of the clubface. The 60x Carbon Twist Face also features nanotexture, which creates optimal friction at impact and maximizes launch and spin. Lastly, the driver’s unique shape and nanotexture cover help it stay straighter, giving it greater forgiveness. 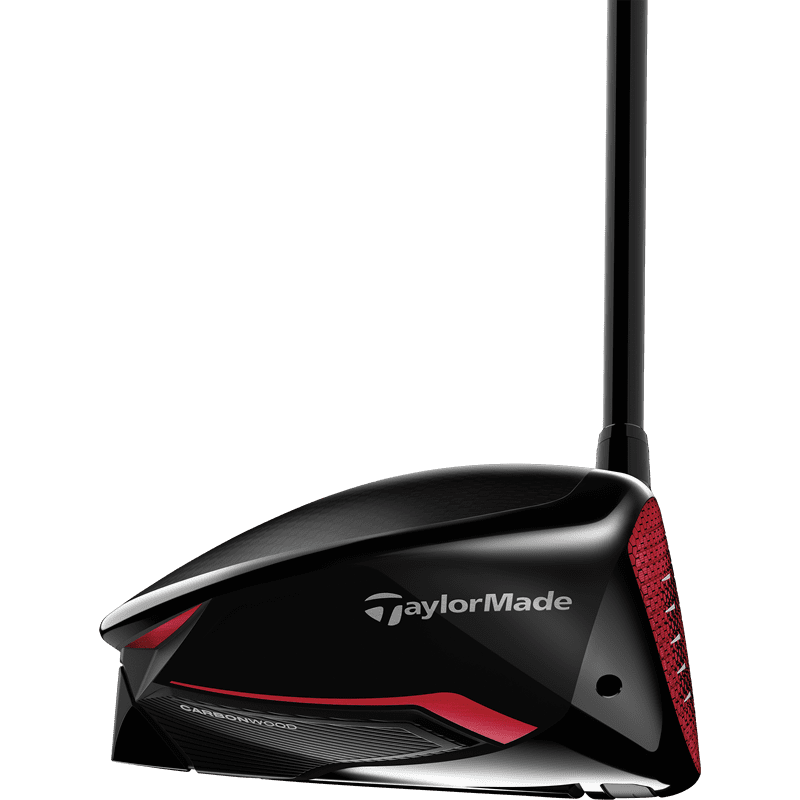 Asymmetric Inertia Generator Design (AIG) in the head of Taylormade Golf Stealth Driver increases swing speed for higher COR and more distance. This technology can benefit golfers of all levels, especially better players, who need to control the flight of the ball. The Stealth Driver’s head is the lowest spinning driver in the TaylorMade line, which can improve control of the ball’s trajectory.

The body is made from titanium and is what affects the sound of a driver. The Stealth Driver’s titanium body is similar to those used in many titanium-body drivers. However, this driver’s design has garnered the most attention in the market over the TaylorMade SIM 2. As such, it has not received any pushbacks from Tour employees. And despite its weight, it also offers good distance and control.

The face is made of carbon fibre, which is a material lighter than steel. The lighter front end of the club generates more force than a heavier boot. The mass is also evenly distributed throughout the driver’s body, which allows the driver to launch the ball to its maximum distance. A molded groove design and a carbon fibre face were developed by TaylorMade engineers. This material is able to develop into nanotexture, which further dampens the sound of a golf club.

Another benefit of a Taylormade Stealth driver is that it has a carbon fiber face. Carbon fiber is less likely to flatten and has fewer chances of creep. A carbon-fiber face is also resistant to speed injection and has higher tolerances. Those are all advantages to consider in a driver. However, the price tag will ultimately be the determining factor in whether a driver is a good option. 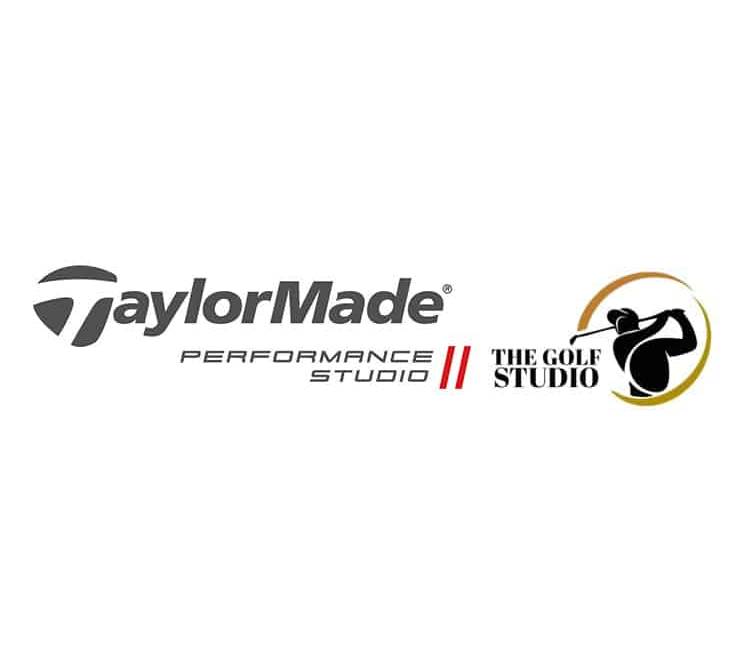